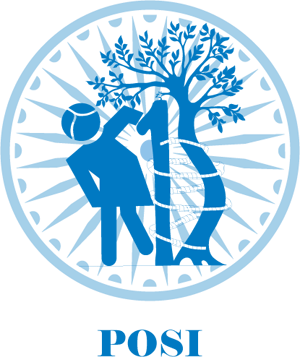 Orthopaedic treatment for children existed from the time Orthopaedics was practised in India. The early pioneers included Dr. R. J. Katrak, Dr. M. G. Kini and many others spread out in different parts of the country. In Mumbai, Dr. P. K. Mullaferoze, Dr. K. T. Dholakia and others were keeping the flag flying high. Inspite of all this, children were hardly getting the attention they deserved.

Numerous discussions between Prof. Ashok Johari & Prof. Benjamin Joseph, both predominant paediatric orthopaedic surgeons, centred on the need for an academic society to further the objectives of orthopaedic treatment for children and for education and research in the field. In the 1990’s, starting specialised bodies was unheard of and required a lot of support from the hierarchy in Orthopaedics. They were fortunate that they had mentors like Prof. Verghese Chacko, Prof. J. C. Taraporvala and Prof. K. Sriram supporting them in their efforts. Prof. Johari took on the responsibility of getting the society off the ground by disseminating the idea of this society to the Orthopaedic Surgeons in India, while Prof. Benjamin worked on the logo and constitution for the proposed society.

Prof. Johari organised the inaugural meeting in 1994 in Mumbai at the Bombay Hospital. It was a well-attended academic meeting which emphasized the need for creation of the Paediatric Orthopaedic Society of India. Dr. P. K. Mullaferoze, Dr. K. T. Dholakia, Dr. B. Mukhopadhaya, Prof. R. L. Mittal, the then President of the Indian Orthopaedic Association all spoke and blessed the society. With this, POSI came into being. Prof. Verghese Chacko was chosen President, Prof. J. C. Taraporvala as Vice President and Prof. Johari as Secretary. General orthopaedic surgeons supported POSI and our membership exceeded 200 in the very first year! In the first year of its existence, POSI established links with the European Paediatric Orthopaedic Society (EPOS) and the Pediatric Orthopaedic Society of North America (POSNA). Our two founder members were included in the Editorial Board of the Journal of Pediatric Orthopaedics – B which was then the official journal of EPOS.

The next few years were vital for POSI and a good start was made by the 1st POSI Annual Conference at Manipal in 1995. The scientific programme included guest lectures from invited faculty from UK, New Zealand and South Korea; 29 free papers were presented and a Symposium on Training of the Paediatric Orthopaedic Surgeon was also organized. This was followed by conferences at Chennai (Prof. K. Sriram), Chandigarh (Prof. S. S. Gill) and Pune (Prof. G. S. Kulkarni) in 1998 and Bangalore (Prof. D. C. Sundaresh) in 1999. POSI 2000 held in Mumbai was a landmark conference for the scale on which it was held and the numerous academic formats and the excellent foreign faculty including for the first time Prof. Sutherland, Prof. Kaye Wilkins, Prof. Wenger from USA and many eminent surgeons from different countries. POSI was firmly set and younger surgeons were attracted to Paediatrics, drawing the best talent into the specialty.

The entire logo is in shades of blue, the chosen colour of the Society.

The POSI-POSNA Alliance was established as an initiative by Dr. Kaye E. Wilkins as a part of the POSNA-COUR (Committee on Orthopaedics in Underdeveloped Regions) Outreach Program. Dr. Sanjeev Sabharwal was chosen to be the POSNA Co-ordinator and to liaise with the local organizing committee. Dr. Vrisha Madhuri was appointed as the POSI-POSNA Co-ordinator from 2006–2012, after which Dr. K. L. Narasimha Rao took over as the Co-ordinator. The goals of this Outreach Program was to exchange information relating to Paediatric Orthopaedics amongst members & Societies, to enhance postgraduate training and also to facilitate social & cultural interactions among all participants. The 1st POSI-POSNA Workshop was held at Vellore in 2006. The theme of the workshop was Trauma & Infections. Five faculty members from North America attended this workshop and then travelled on to Ranchi to attend the 12th Annual POSICON at Ranchi. The initial format of the Outreach progam was to conduct a themed workshop in one region in India and then travel to another region to attend the annual POSICON meeting. The 2nd Workshop accordingly was conducted at Baroda with the theme of Complications in Paediatric Orthopaedics. Seven faculty from POSNA attended this workshop followed by the 14th Annual POSICON at Coimbatore. From 2010 it was decided, due to operational constraints, that the POSNA workshop would only be held at one venue and would coincide with the Annual POSICONs. The 3rd POSI-POSNA meeting was held at Hyderabad POSICON in 2012, followed by the 4th & 5th combined workshops at POSICON Pune in 2012 & POSICON Chennai in 2014 respectively. Thanks to the dedication & zeal of Prof. Kaye E. Wilkins & Sanjeev Sabharwal from POSNA, and the efforts of senior teachers & members of the POSI Executive Committees of the past decade, our alliance with POSNA has become very fruitful academically & culturally. Since the first Alliance Workshop in 2006, new themes have been discussed, cutting-edge techniques and technology have been demonstrated and new friendships have been forged between our members and the visiting faculty. Our delegates have greatly benefitted from the wisdom & the skills imparted by our visiting faculty & several of our members have gone on to complete observerships & fellowships in North America. With the success of this alliance, POSNA now plans to partner with POSI in arranging similar workshops and postgraduate training in neighbouring SAARC countries of our sub-continent. With this leadership vision, POSI has successfully partnered with the fledgling Paediatric Orthopaedic Societies of Pakistan & Bangladesh and Orthopaedic Associations of Nepal & Sri Lanka over the past few years.